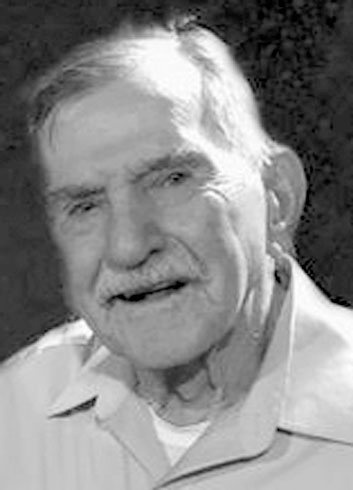 Lee was born in Welch, W.Va., to Henry Lee and Lena Causby Brewster on Oct. 8, 1931. He was the youngest son of 16 children. After his mother died in 1941, he moved in with his older sister Dorothy, who raised him.

At the age of 17, he received special permission from a judge to enter the service in 1948. While in the Air Force, he served as a radar operator in Alaska.

He remained especially close to Dorothy, who also lived in Charleston, until her death in 2006.

He came to know and accept Jesus as his Lord and Savior in his mid 40’s while attending Center Point Baptist Church. He loved the Lord and the fellowship with his closest friends there every week.

He worked for the IBEW local 728 for over 40 years as a lineman and during this time it brought him to many states including: Ohio, Kansas, Pennsylvania, Florida, New Jersey, Tennessee and even Alaska to service pipelines at power substations. After the children were born, they raised the family in Florida before settling in his forever home, on a hill in Charleston.

In his retirement years, he found comfort and solitude up on his hill. On any given day in the spring and summer you would find him raking the moss from between the rocks in preparation for new grass seed. Wanda would often comment, “He’s watering the rocks again” in an attempt to get his seed to germinate and grow.

In the fall, there was the never-ending job of raking, blowing and burning leaves. Day in and day out you would find him sitting in his lightweight plastic chair watching his embers burn, finding satisfaction in looking back at the lawn clear of leaves, until the wind blew and started his job all over again.

He was the guarder of the hallway in his oversized sitting chair and getting past him was always a challenge because he was strong and fast right up until the end.

He was an energy conservationist before it was trendy. As a persistent “light switch turner-offer,” he was even known to turn off the light in a room you were in if he didn’t think you needed it.

Family and friends are invited to a visitation held on Friday, Nov. 26, 2021, from noon to 2 p.m. with a short service at 2 p.m. at Ralph Buckner Funeral Home. Graveside service will immediately following at Center Point Baptist Church, 1205 Lower River Road N.W., Charleston.

We invite you to send a message of condolence and view the Milam family guestbook at www.ralphbuckner.com.