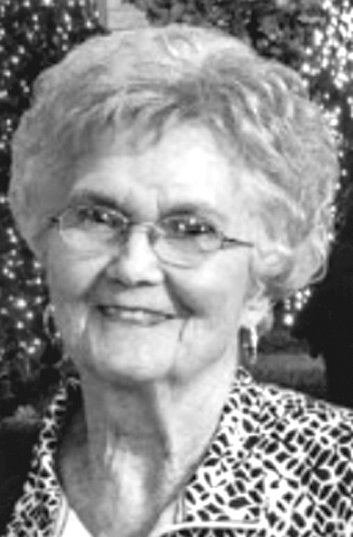 Mary Lou Campbell Ledbetter Hughes passed away at the age of 87 at the Brookdale Memory Care facility in Cleveland, on Monday, Sept. 26, 2022.

She was preceded in death by her first husband, Charles Robert Ledbetter, in May 1990; second husband, Garrett Junior Hughes, in February 2006; her parents, Albert and Florence Campbell; three brothers; and three sisters.

Mary Lou lived in Canton, North Carolina, most of her life and was a member of Springhill Baptist Church where she sang in the choir. She worked as a dental assistant for over 30 years. After moving to Cleveland in 2006 she enjoyed reading, traveling, dancing and spending time with her Ocoee Trace neighbors, Angie Clayton and Nancy Guinn. She especially loved to decorate at Christmas, displaying over 100 Santa figurines along with a tree of only white ornaments. The Brookdale Memory Care and Hearth Hospice staffs were exceptional in taking care of her. A special thank-you to Deb, Cassandra, Rachel and Christy.

A graveside service for the family will be held at Springhill Baptist Church, 1918 Murray Road, Canton, NC 28716.

In lieu of flowers, the family asks that any donations be made to Springhill Baptist Church or Alzheimer’s foundation of your choice.