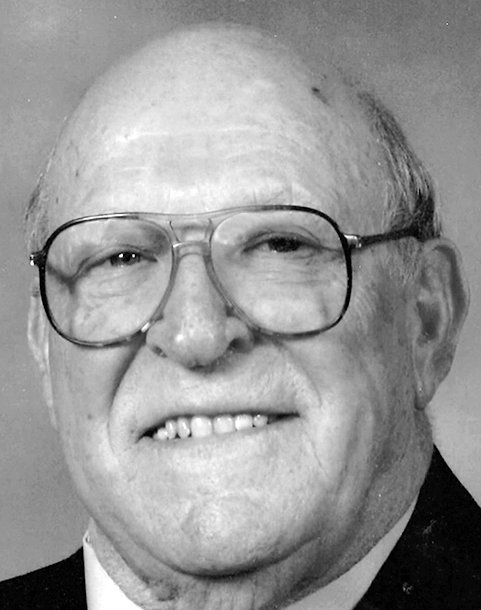 Jim was born on May 26, 1932, in Lenoir City, and was the eldest child of Selma and Bill Hamilton. He had an 8th grade education but completed his GED and attended the University of Tennessee and Carson Newman College.

Jim was active in local government in Lenoir City. He served on various committees for Loudon County as well as the state of Tennessee.

As a very young man, Jim began his career in his family’s grocery business and in farming. He owned part of a stockyard in Knoxville. He later went into the building business and began a partnership (Ft. Loudoun Builders), with his brother-in-law, Bill Hildreth. They built hundreds of homes as well as some restaurants in Loudon County. Jim was a residential and commercial land developer and established more than 30 residential and commercial subdivisions. He built commercial properties and owned hotels. He enjoyed serving on the board of directors for First National Bank of Loudon County for 40 years, and the board of directors for the Pentecostal Theological Seminary in Cleveland for more than two decades.

Jim was a devoted husband and father. He was married to Margaret Hildreth Hamilton for 58 years, until she passed away in 2005. They had five children; 11 grandchildren; and 20 great-grandchildren.

He married Nell Hall Hamilton in 2006 and was married to her at the time of his death. Jim became a stepfather to two sons and a daughter with three grandchildren and six great-grandchildren.

The family will receive friends from noon to 2 p.m. on Friday, Sept. 16, 2022, at Sixth Avenue Church of God in Lenoir City.

Funeral services will follow at 2 p.m. at the church with the Rev. Steve McCullar and Dr. Rickie Moore officiating.

Click Funeral Home in Lenoir City is in charge of arrangements. www.clickfuneralhome.com.