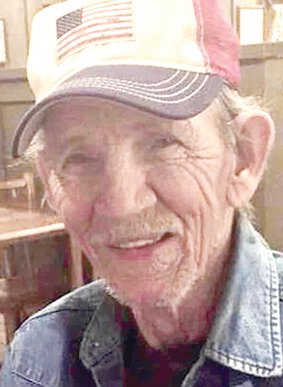 He was a longtime resident of Harrison. Howard was born April 11, 1941, and raised in Keokee, Virginia. Hiking, fishing and enjoying Creation were some of his favorite things to do, but his most favorite was being a Papaw.

Survivors include one sister, Christine (Ernie) Gomez of Taylor, Michigan; son, Wayne Woodard, and daughter, Angie (Bob) Howard of Harrison; nine grandchildren, Chasity (Corey) Snider of Trion, Georgia, Brandy (Richard) Waits of Ooltewah, Johnny (Katie) Woodard of Delano, Candy (Chase) Overby of Ooltewah, Shane (Katie) Howard of Lafayette, Georgia, Bret Howard of Lafayette, Katy (Casey) Heatherly of Ringgold, Georgia, Chanigail (Anthony) Trotter of Soddy-Daisy, and Kyle Howard of Harrison; and 28 great-grandchildren and many others that he loved and held in his heart. Survivors also include many other family members including his loving nieces and nephews.

In lieu of flowers, the family has asked for donations to be made in his honor to the Children's Advocacy Center in Chattanooga, https://cachc.salsalabs.org/fundraisingforms/index.html.

You are invited to share a personal memory of Howard or your condolences with his family at his online memorial at www.companionfunerals.com.