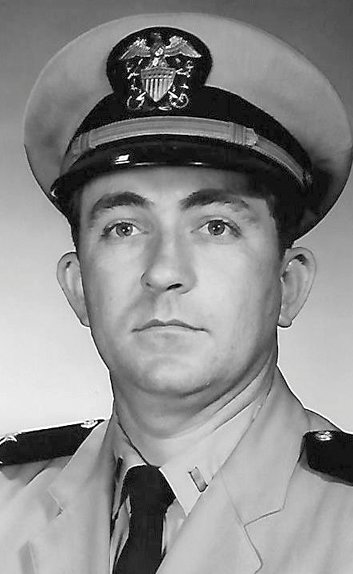 The son of Louis and Ruby Lea Harris, Dan was born in Rome, Ga., in 1935, and spent his childhood on a farm in Rainsville, Ala. He enlisted in the Navy as an E-1, seaman recruit, worked his way up to E8, then chief petty officer, chief warrant officer, ensign, lieutenant junior grade and lieutenant. Along the way, he advanced 16 pay grades, much of which was the result of training; he spent at least five years in military schools upgrading his technical qualifications and expertise. As he liked to tell people, he even attended Knife and Fork School where they taught him how to eat with the "biggies."

While serving his country for 22 years, he traveled the world, was stationed in far too many states and countries to list. He moved so many times his average stay was nine months. He lived in Japan seven years and Morocco for three. He lived in warm climates like Florida and in northern states like Illinois and Connecticut. He served in Korea and Vietnam and experienced life on aircraft carriers, cargo ships, submarines, LST's, cruisers and destroyers. Recalling his first military school assignment, he was proud to admit, "We didn't even have electricity back home until two years before I joined the Navy, but right out of boot camp they sent me to electronics school."

He had such assignments as communications electrician, missile technician, and electronics officer. He was in charge of testing and evaluation on the Grumman F-14 Tomcat. His ships included aircraft carriers the USS Essex and USS Hancock; a cargo ship, the USS Jupiter, a mine sweeper out of Sasebo, Japan; the USS Chopper, a diesel submarine; the USS Barracuda, a "hunter-killer" sub, and the Simon Bolivar, a missile submarine.

He was preceded in death by his parents; five half-siblings; and brother, Tommy.

He is survived by the love of his life, his wife of 40 years, Jo Huskey Harris; brothers, Glynn (Charlotte) of Sylvania, Ala., and Ronald (Carol) of Madison, Ga.; sister, Barbara Bethune (Julian) of Cleveland; several nieces and nephews; and a very special niece, Felicia McKee of Johnson City.

Online condolences may be made to www.atchleyfuneralhome.com.