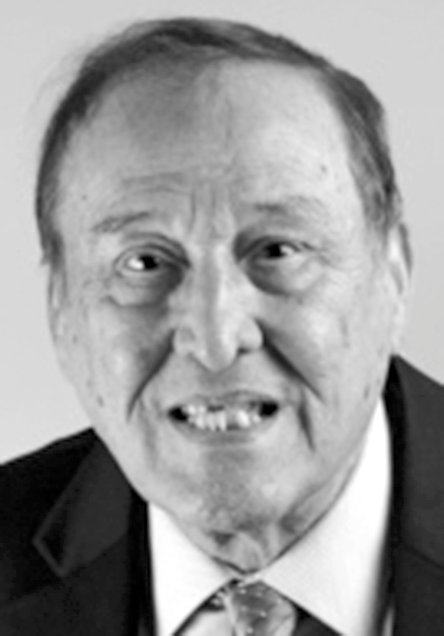 Dr. Esdras Betancourt was born on April 21, 1935, in Ponce, Puerto Rico, to the Rev. Angel and Emma Betancourt.

Esdras loved boxing and boxed while he was in the Marine Corps. While attending Lee College, Esdras met Mary, and they were married on April 21, 1961.

Esdras and Mary were then blessed with a son, Angelo, and daughter, Damaris. Esdras attended New York Theological Seminary, obtaining the following degrees: Bachelor of Divinity, Master of Religious Education, Master of Sacred Theology and Doctor of Ministry.

He was a devoted husband and father. He loved to tell jokes and have a good time. As the author of several books, he included a couple of joke books as he believed laughter was healing. He did not lose his sense of humor even at the end of his life as his journey took him through the difficult road of dialysis. Even while ill, he found ways to make it to the golf course with his friend and pastor, Buenaventura Jessurum. He never hesitated to help someone in need. He was a man of prayer who loved God.

He worked the entirety of his life for the Church of God. He taught at the International Bible Seminary in Switzerland and served as the director of Youth and Christian Education for the Eastern Spanish Division. He also served in the following areas: dean of Hispanic Students at New York Theological Seminary, president of the Spanish Institute of Ministry, academic dean at West Coast Christian College, Spanish District Overseer for the Western Spanish Territory, the Hispanic and MIP Program coordinator and then became the director of the Department of Hispanic Ministries of the Church of God. He traveled to and taught in almost all Latin American countries.

Together, Esdras and Mary pastored several churches over the years, including planting and pastoring a church in Ooltewah following their retirement. He was a member of that church, Iglesia de Dios Punto Redención, until his death. He served on many boards throughout his lifetime. He was committed to ensuring people, especially the Hispanic community, were educated and equipped to understand and share the gospel. He was the essence of servant leadership; and throughout his ministry, he made significant contributions to Hispanic ministries.

He was preceded in death by his parents, the Rev. Angel and Emma Betancourt; and his brothers, Benjamin Betancourt and Jose Betancourt. His beloved wife, Mary, went to be with the Lord on Jan. 16, 2020. Esdras passed away on Monday, Nov. 14, 2022, at his home.

A Celebration of Life will be held at 6 p.m. Friday at International Worship Center.

Interment will be alongside his wife and family at 2 p.m. CST on Saturday, in Forest Cemetery, 700 S. 15th St., in Gadsden, Alabama.

Visit www.fikefh.com to see the video tribute and to share memories and condolences.