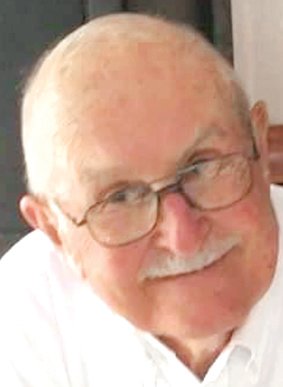 Bill was a beloved son, brother, father, grandfather and great-grandfather. He was born in Springfield, Nebraska, to Orville and Cecilia Beck on July 2, 1935. He worked as a hired hand, truck driver, high school teacher, school bus driver, college professor, high school administrator, driver’s ed instructor and an education specialist for the United States Navy. Bill graduated from Springfield High School in 1952. He was the first to earn a college degree in his family when he graduated from Peru State College in 1957. Bill also earned a master’s degree from Kearney State College and a Ph.D. from Colorado State University in 1978.

Bill had a strong work ethic and always had a side hustle. He liked motorcycles so there were Beck’s Cycles in Elkhorn, Nebraska, where he owned and operated a motorcycle dealership and repair shop. He liked to work with his hands and build things so there was Beck’s Enterprises in Omaha where he purchased and managed several rental properties. Additionally, he crafted numerous beautiful furniture pieces over the years, still cherished and on display by his loved ones. He loved to ride horses and mules so there was the Beck Mule Farm in Cleveland. He really found joy in being there at the birth of one of his mules to have the opportunity to “imprint” on the new colt.

Bill enjoyed horse and mule riding, motorcycles, hunting, fishing, beekeeping, raising chickens and mules, gardening, and later in life, reading Westerns and mystery novels. He spoke often of a cherished childhood memory of riding his grandfather’s beautiful horse, “Pet,” around the Beck homestead near Atkinson, Nebraska. He spoke fondly about being an “aspiring cowboy,” working his way through college on a farm with his dear friend, Bud Knight.

Bill was drafted and served in the Nebraska Air National Guard. He spoke often of his time in basic training. He served as a deputy sheriff in Douglas County for several years. He cared deeply about being an American and the importance of being informed and voting. He ran for public office and served as an election official for many years. His wife, Sharon, was a Nebraska state senator and was active in politics for several decades with Bill by her side. Most importantly, Bill was a believer in Jesus Christ and was a member of Shenandoah Baptist Church in Cleveland.

Bill was preceded in passing into Christ’s presence by Sharon, his wife of 57 years; and his brothers, Orville and Jerry Beck.

The funeral service will be held at 1 p.m. on Saturday, Jan. 21, 2023, at Companion Funeral Home in Cleveland.

In lieu of flowers, donations may be made to the Solia Farm (Healing and Hope through Horses) in Apison at www.solia.farm.