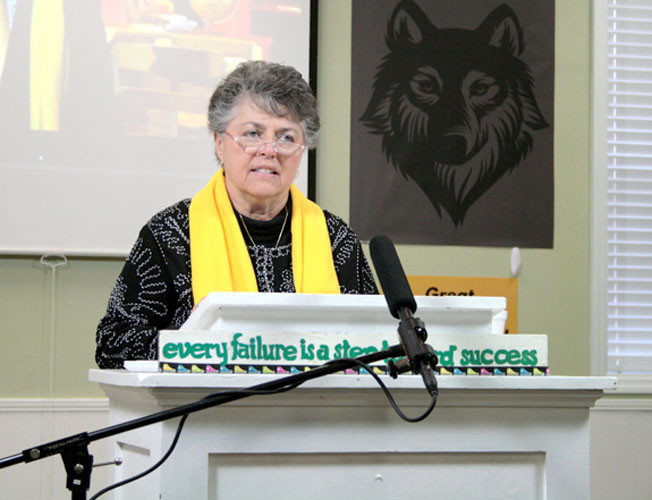 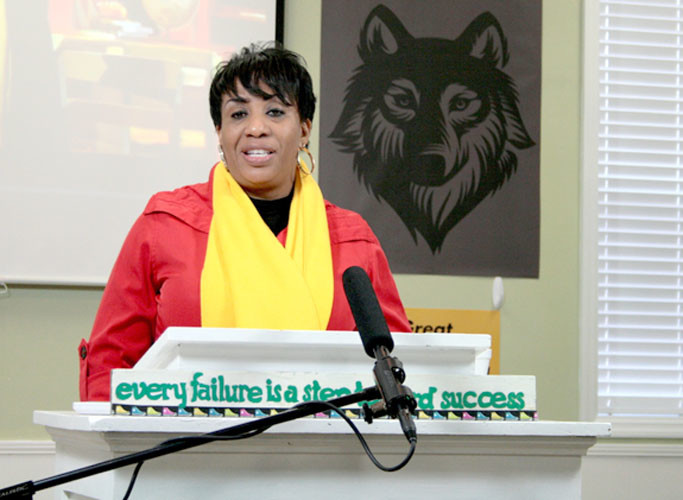 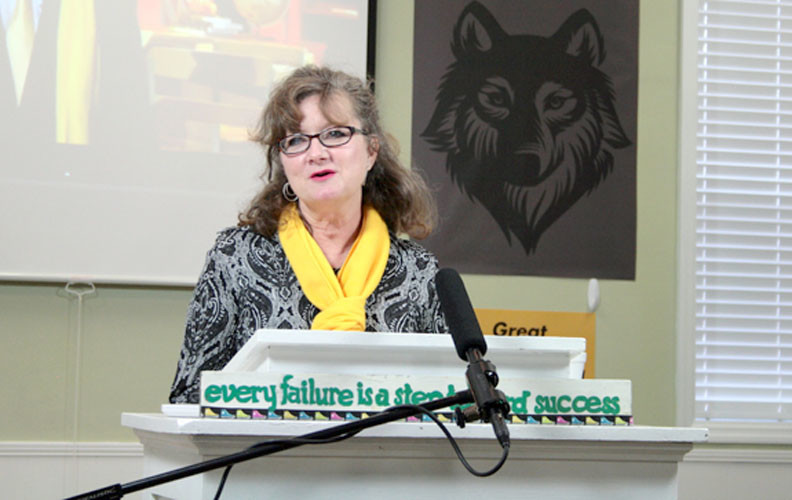 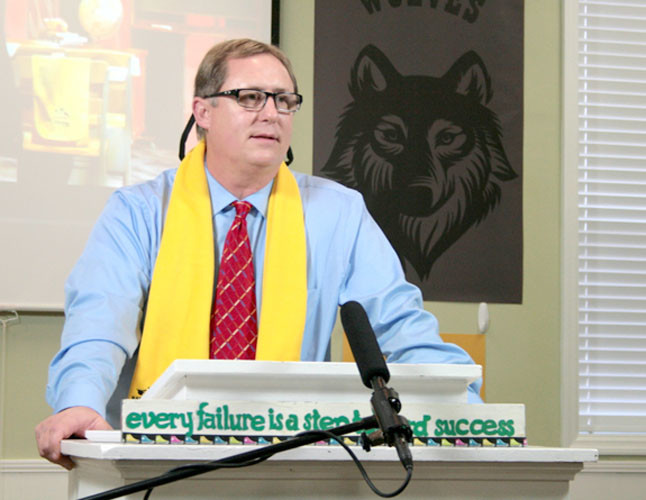 Students at one local private school commemorated National School Choice Week with an event designed to draw attention to the opportunities students have beyond public school.

Bachman Academy, a day and boarding school for middle and high school students with learning disabilities, hosted a crowd of students and local officials in its chapel Tuesday in an effort to add to the ongoing national conversation on the issue of school choice.

Mark Frizzell, the school’s headmaster, espoused the view that one size truly does not fit all.

“In my 20-plus years working with students, I can tell you that every child is not the same,” Frizzell said. “So then how can we say that all must pass through the same square entrance?”

Several students were given the opportunity to share how they ended up choosing Bachman Academy, and why it was important for them to have a choice in the matter.

One student, Roman Gross, said he faced challenges with learning that left him so discouraged he was unsure of his future.

“I actually thought I would not graduate from high school,” Gross said.

He said his teachers have so far helped him do better in school by giving him an amount of individual attention he was unable to receive in public school due to the class sizes.

Bachman Academy classmate Seth Dimmer also attributed his success to being able to work at his own pace with the help of teachers.

“I feel my confidence has built up,” Dimmer said.

Many of the students who shared their stories expressed similar sentiments; they had challenges they believed a private school like Bachman could help them improve upon in terms of how they did in school.

Most of the students said small class sizes helped them work through the challenges they had with learning.

“I feel like I am able to get a lot more done,” student John Bowlby said.

Dusty Webb, a parent of a student at the school, said one of the most important choices a parent makes has to do with making sure his or her child is getting the best education for them.

She shared how, when she was a little girl, she “struggled” with a certain subject in school. Living in a small town in 1953, she said children there only had one school they could attend. Still, she said her mother was a “warrior” who did the best she could to see her daughter learn what she needed to learn.

When Webb’s son needed extra help in school, she said that same mentality led her to search for the best school for him, and they ended up choosing Bachman.

“Children don’t usually have an opportunity to choose unless they have a warrior fighting for them,” Webb said.

Though she said it is sometimes hard to know if a school choice is right for a student, she said her son has made progress, reading and writing better than he did before.

Webb said the United States has a “plethora” of school options, but parents in some states have been “stymied” by state regulations.

People who are concerned about children’s education need to “fight” to make sure they have as many opportunities available to them as possible, she added.

Bachman Academy teacher Diane Craig said she chose to work at the school because she liked the fact she was able to work with a curriculum and lessons which could be “tailor made” for each student.

“We honor those who learn differently by teaching them as individuals,” Craig said.

She explained that every student learns differently, and students and parents should be able to choose whatever school option best fulfills a student’s learning needs.

Bridgette Owen, the school’s director of admissions, said students with specific learning needs often need specific types of schooling, and she encouraged those gathered at the event to spread the word about the need for multiple educational options.

Frizzell shared some statistics attributed to the U.S. Department of Education that he said proved students’ needs are not always being met. Frizzell said about 32 million Americans cannot read, and 19 percent of all high school graduates finish school unable to read.

“The education system is in dire need of change,” Frizzell said, referring to it as “a mess.”

Education is vital because it can “break down barriers,” providing opportunities for students to go on to succeed at work and in other spheres of influence, he said.

Frizzell added that it is important for governments to allocate more funding “toward all types of education” to make sure no students go without the teaching and help they need.

“We have an obligation to provide different types of schools,” Frizzell said.

With the bulk of audience donning festive yellow scarves with the National School Choice Week logo and enjoying refreshments afterward, the event was said to be a celebration of school choice.

Bachman Academy’s was one of 11,082 events expected to take place across the country between Jan. 25 and 31, according to the initiative’s website.

Andrew Campanella, president of the national initiative, said during a conference call with members of the media before the week’s start that the goal was to “shine an uplifting and positive spotlight” on the school options available to students.

National discussions over school choice have gotten to the point where they can be pretty “polarizing,” but he said the organization mainly wants parents and students to know they have — or should have — more than one schooling option.

“It’s important to us that we don’t prefer one type of school over another,” Campanella said.

Though he stressed the national organization leading the events is “nonpartisan” and has “no political agenda,” he acknowledged this year’s events come at a time when many states are discussing school-choice-related issues, including whether or not public funds should be used to provide vouchers for students to attend private schools.

Bills being proposed in the current session of the Tennessee General Assembly include House Bill 138 and Senate Bill 27, companion bills aimed at enacting the "Individualized Education Act” regarding public school students with individualized education programs, “whereby funds will be provided for the student to be educated at a nonpublic school.”